Книга: Odoo 10 Implementation Cookbook: Explore the capabilities of Odoo and discover all you need to implement it Назад: Getting ready Дальше: There's more... 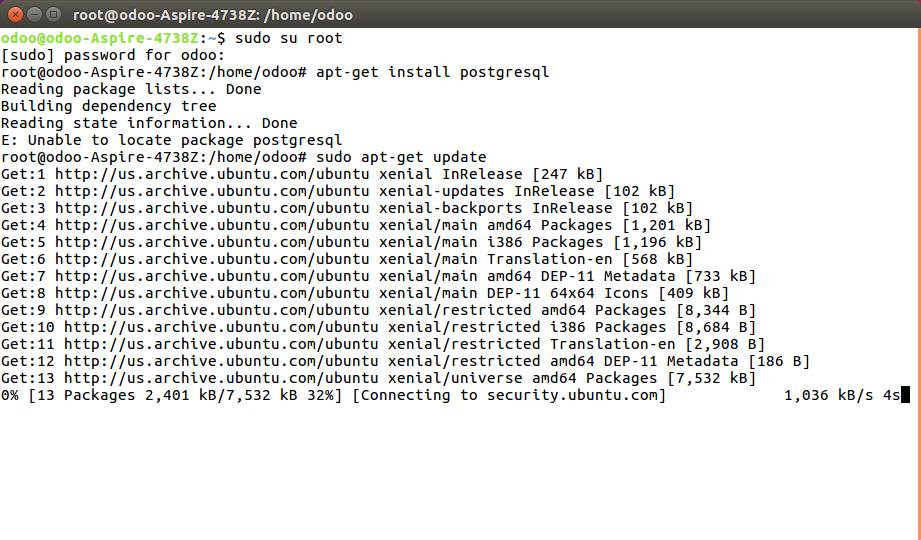 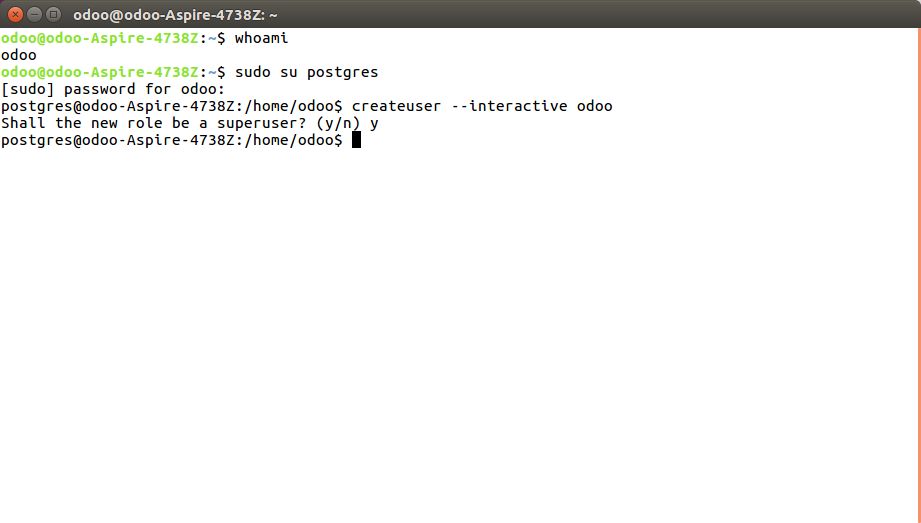 In my case, I have created odoo as a Linux user; you can check your username from the fresh terminal using the whoami command. Use the preceding command to create the role in the PostgreSQL server. 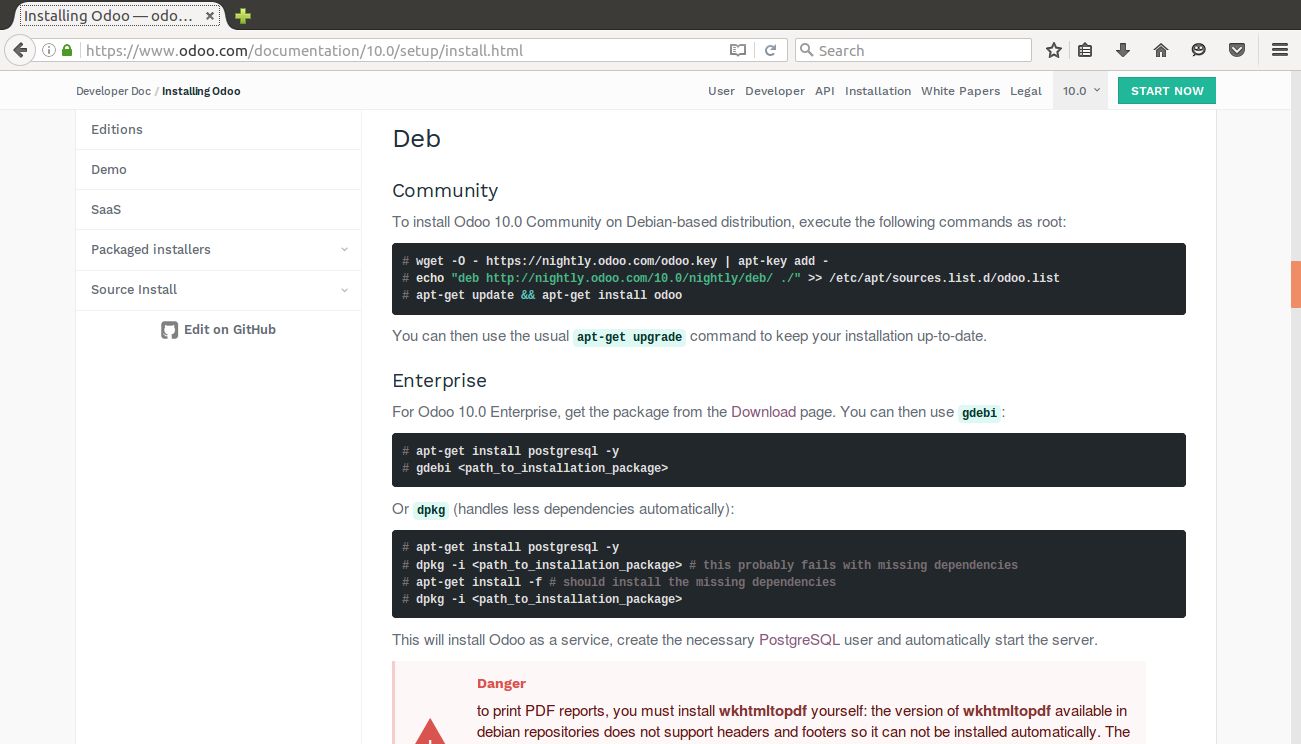 The Odoo software can be installed using the Debian package from the nightly packaging system, which allows you to have continuous updates and fixes for bugs and security issues. To install Odoo, run the following command on the Terminal with root access: 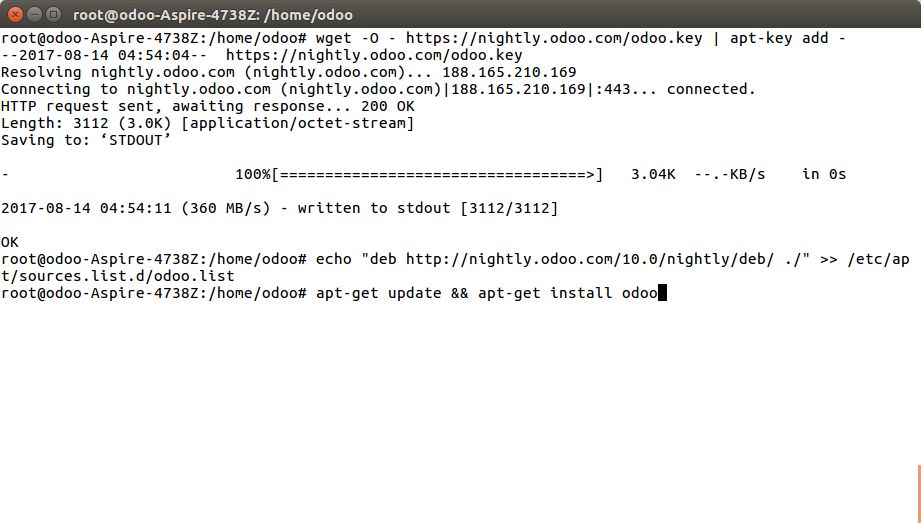 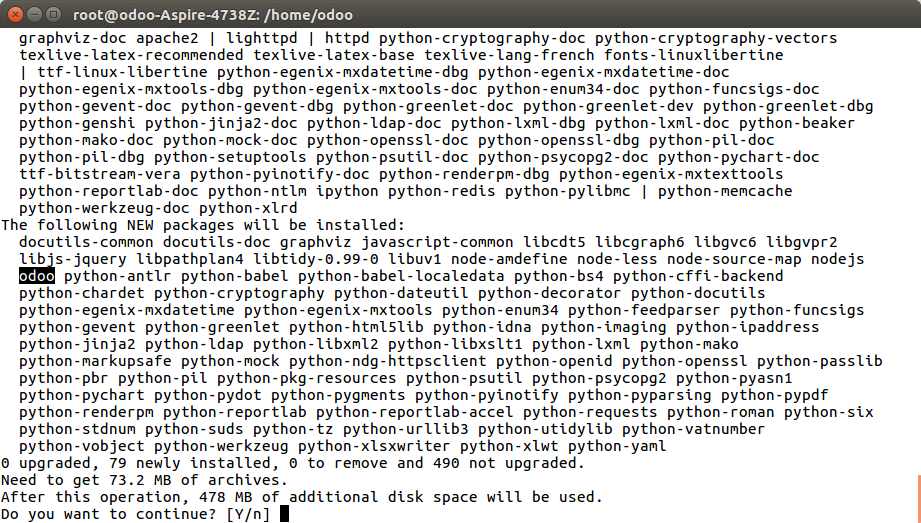 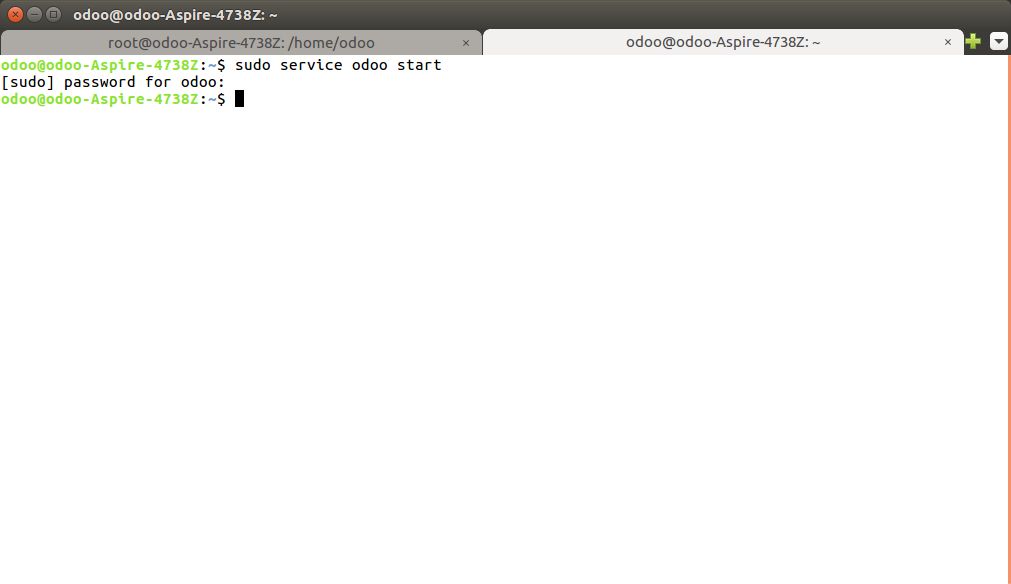 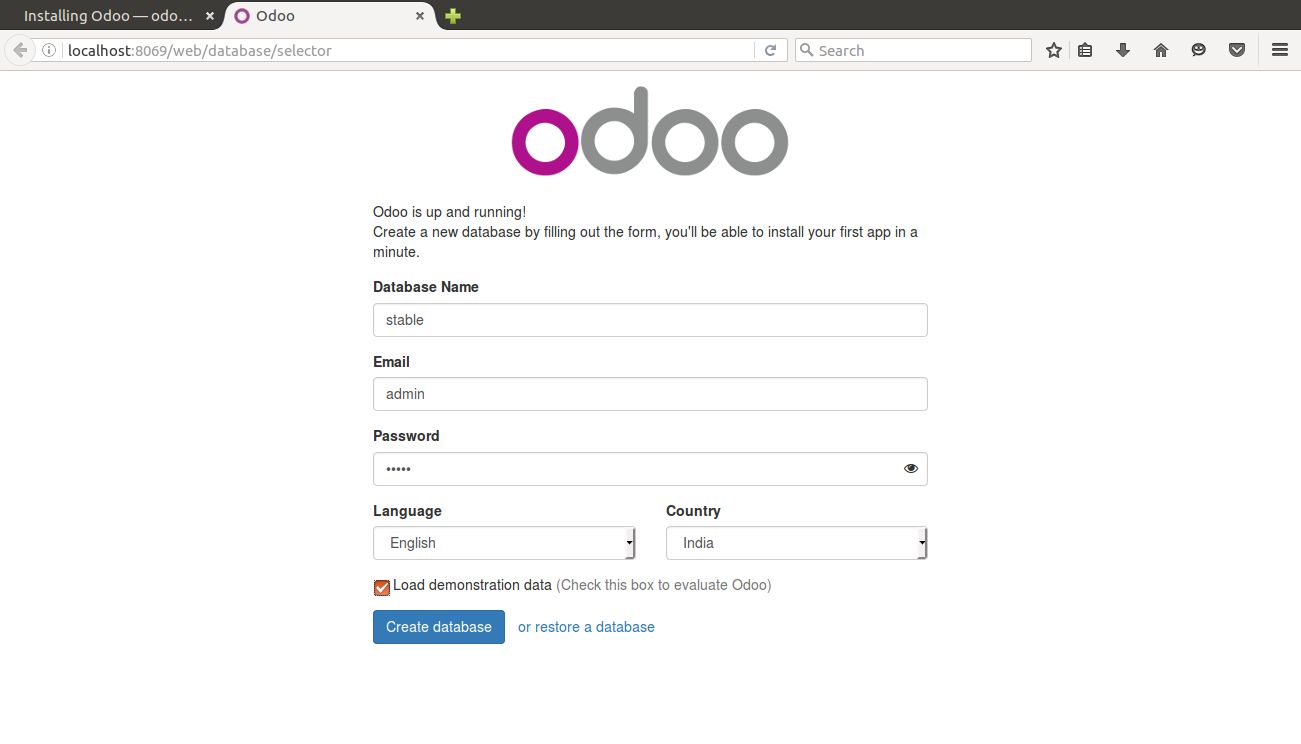 Initially, you will be redirected to the database creation page, as there is no database available. Enter the Database Name, Email and Password. An email will be sent to your username on the database. Select the default Language for the database (instance) and country. If you would like to create a database for the test use, select the Load demonstration data checkbox and click on the Create database button. It may take some time to create and set up the database. 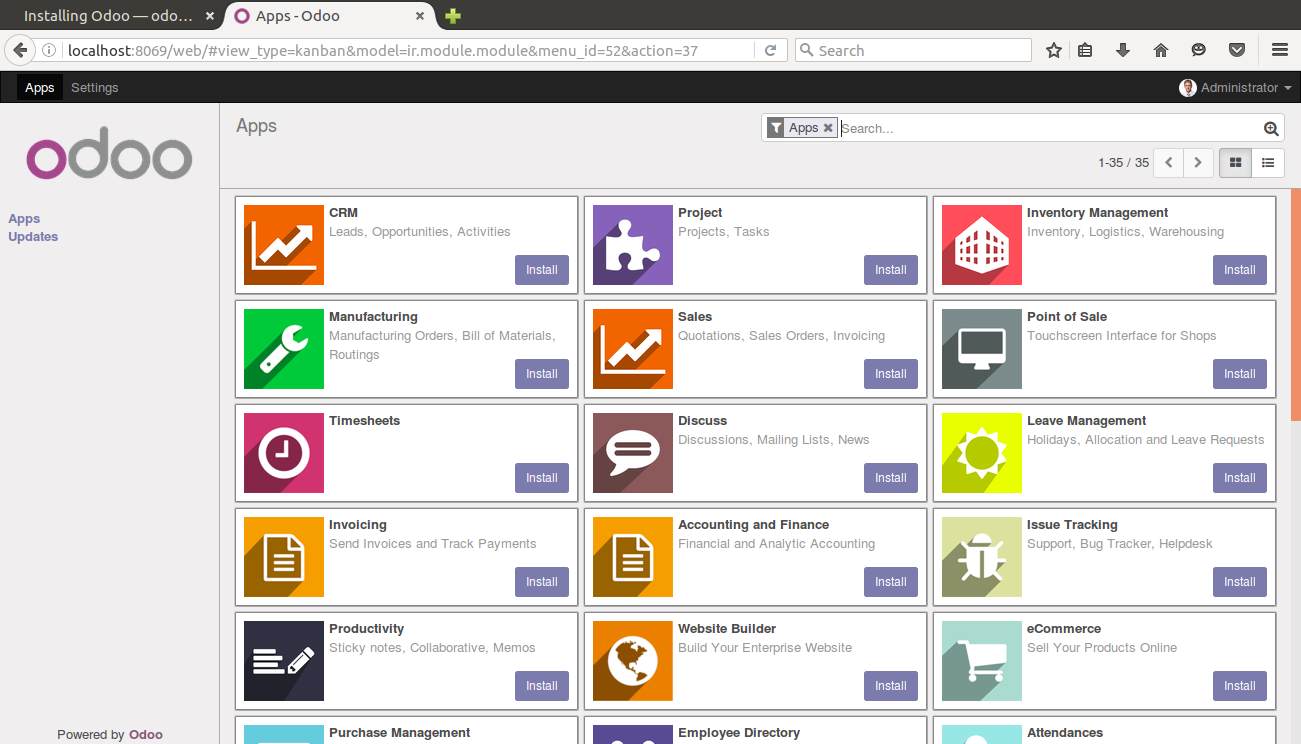 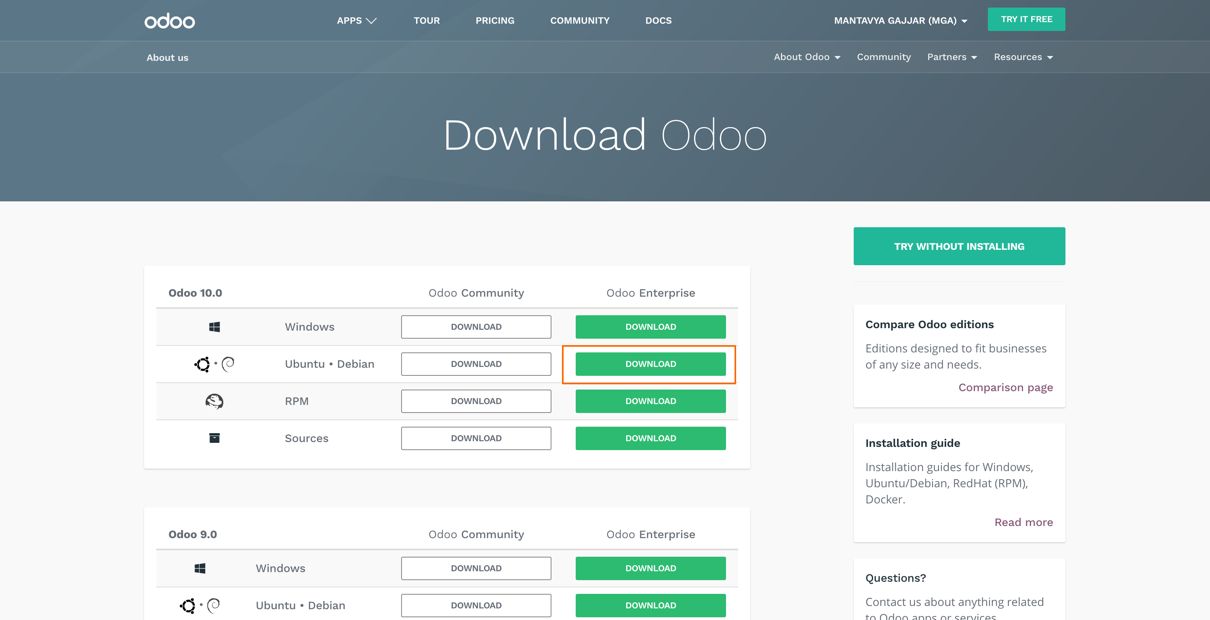 For Odoo 10.0 Enterprise, get the package from the Download page. You can then use gdebi or dpkg. The gdebi package manager manages the automatic installation of the dependencies while dpkg handles fewer dependencies automatically.